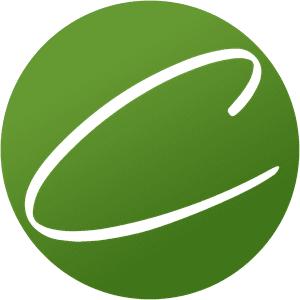 Brothers and sisters in Christ:

Through the Sacrament of Baptism

we are initiated into Christ’s Holy Church

We are incorporated into God’s mighty acts of salvation

and given new birth through water and the Spirit.

All this is God’s gift, offered to us without price.

The first Christian baptisms took place on the Day of Pentecost.

The disciples “were all together in one place” awaiting “the promise of the Father” (Acts 1:4, 2:1). That promise was fulfilled when the Spirit was poured out upon them that day. Filled with the Spirit, the disciples proclaimed the Gospel in many languages, so all those present “(heard) them speaking about God’s mighty deeds of power” (2:11). This manifestation both amazed and perplexed those who heard and saw it, to the point that some thought that the disciples were drunk. Not that, insisted Peter. Rather, the God of Israel was at work in their midst, the same God who had acted in the life, death, and resurrection of Jesus Christ. “Therefore,” he said, “let the entire house of Israel know with certainty that God has made him both Lord and Messiah, this Jesus whom you crucified” (Acts. 2:36, NRSV). Troubled by this word, Peter’s listeners asked, “Brothers, what should we do?” and he responded by calling them to baptism (Acts 2:37-38).

Specifically, he told them,

Repent, and be baptized every one of you in the name of Jesus Christ so that your sins may be forgiven; and you will receive the gift of the Holy Spirit. For the promise is for you, for your children, and for all who are far away, everyone whom the Lord our God calls to him. (Acts 2:38-39, NRSV)

In Peter’s call to baptism at Pentecost, we see a pattern of basic actions common to the other accounts of baptism throughout the book of Acts.

First is the call to repent

First is the call to repent. Translated from the Greek verb metanoein, it means to change one’s mindset, one’s consciousness. It’s more than feeling remorse or even changing one’s ideas. It means to make a turn from one way of life to another. One might describe it as a 180-degree turn away from sin, evil, and all that diminishes life and toward the reign of God.

Second comes the water bath for the forgiveness of sins (Acts 2:38)

Second comes the water bath for the forgiveness of sins (Acts 2:38). While we have no way of knowing exactly how the water was administered, our word baptize is directly borrowed (transliterated) from the Greek baptizo, which means, literally, to dip or to plunge.8 At the least, the word suggests generous use of water. Another ancient source, The Didache, called for baptism to be done in cold “living water,” that is, flowing water, although if that were not available, other uses of water were permitted. Even in that late first or early second century context, it appears that a variety of modes was acceptable.

Third was the promise that those baptized would “receive the gift of the Holy Spirit.”

Third was the promise that those baptized would “receive the gift of the Holy Spirit.” That promise was made not only to those present, but also to their children and to “all who are far away, everyone whom the Lord our God calls to him” (Acts 2:38b-39). As we read further in Acts, sometimes the Spirit was given prior to baptism (e.g., Acts 10:44-48), sometimes following it (e.g., Acts 19: 1-7). Given the freedom of the Spirit, there is no absolute order here. Let it suffice to say that baptism places one in the community where the Holy Spirit dwells richly.

Connect With Our Pastor about Baptism